With the festive season right around the corner, &TV’s popular shows Bhabiji Ghar Par Hai, Santoshi Maa Sunaye Vrat Kathayein and Gudiya Humari Sabhi Pe Bhari are all set to spread some cheer amongst the audience. Gracy Singh (Santoshi Maa), Shubhangi Atre (Angoori) and Sarika Bahroliya (Gudiya) talk about the exciting tracks in the shows. The upcoming episodes are filled with joy, laughter and festive fervour.

Talking about the upcoming track Gracy Singh (Santoshi Maa) shares, “Navratri will bring in good news for the Singh family as Indresh, who was wheelchair ridden recovers on completing the Devi maa puja. An elated Singhasan Singh prepares for the mata ka jagraata which makes Paulomi anxious and she tries to stop him by entering his body but ends up being trapped. This is followed by a high-intensity drama in Devlok where Santoshi Maa comes to know that asurs killed Swati. Will the much awaited achai ki burai pe vijay be seen in the upcoming episodes. Will Swati come back to life?”

Angoori played by Shubhangi Atre from &TV’s Bhabiji Ghar Par Hai shares, “Dusshera committee insists on having Angoori as one of the members as they would get sponsorship from Tiwari. Angoori, who is initially hesitant, agrees to be a part of the committee and asks Tiwari if he can sponsor. Readily agreeing to Angoori’s demand, Tiwari puts up a condition asking the committee to let him shoot the arrow during the Raavan Dehan. Upset with the news, Vibhuti decides to spoil Tiwari’s image in front of the committee and succeeds in his mission. The committee terminates, Tiwari’s membership and instead gets Vibhuti on board. Chaos follows as Tiwariji is trying all attempts to get back his position.”

Untangling herself in between one problem to another, Gudiya is up for yet another problem. Sarika Bahroliya shares deets on the exiting festive episodes in Gudiya Humari Sabhi Pe Bhari, “With the onset of the festive season, Harbheji and Sarla have decided to put up a competition on who celebrates Navratri on a grander scale? Activities in the competition include bhajan organization, kanjak organization and last but not the least whose idol of Devi is the more beautiful one. While the two are at loggerheads to win over each other, some of the other problem -crops up in their competition, giving it a funny and hilarious twist. The audience is sure to love the jugalbandi between Sarla and Harbheji.” 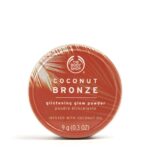 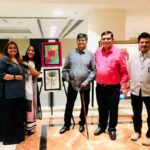