How a humble burger became an original celebrity burger

In what is a historic first, Madame Tussauds, the world’s most famous wax attraction, welcomed the ‘Iconic Burger’ – Zinger at its location in Regal Building in Connaught Place, New Delhi. Delighting burger-lovers since 1984 and loved in more than 120 countries, the Zinger is easily the most ‘drool-worthy’ addition at Madame Tussauds Delhi. The founder of KFC – Colonel Sanders – was the Original Celebrity Chef; and the ‘Original Celebrity Burger’ – The Zinger – was unveiled today. Just like a true celeb, the Zinger has real fans, has made it to headlines and is truly an original; one of a kind celeb burger. And a place amongst leading celebrities & iconic personalities is just what it deserves.

But how did a not-so-humble burger find its way to Madame Tussauds? Moksh Chopra, Chief Marketing Officer, KFC India explains, “While many have wondered if the Zinger is a piece of art or a celeb; all debates are now put to rest with the Zinger asserting its celeb status at Madame Tussauds. Surely this isn’t any regular burger. It is the only burger that has traveled to space and has even inspired tattoo artworks for some. In 2018 alone we sold more than 10 million Zingers in India – that’s like a Zinger each for every person in New Zealand and Singapore!”

Anshul Jain, General Manager, and Director, Merlin Entertainments India Pvt. Ltd, adds, “Madame Tussauds Delhi is one of the most favored and loved family entertainment destination in Delhi NCR. Our endeavor has always been to give a complete and memorable experience to all our visitors. We welcome the Zinger Burger to Madame Tussauds Delhi”

Just as the actual Zinger burger is hand made with care at the KFC restaurant, the Zinger at Madame Tussauds Delhi was crafted with similar precision. Madame Tussauds is globally known for its lifelike figures of famous personalities; each figure being created using precise measurements & photographs by skilled artists and sculptors to capture exact details.

Visitors can feast their eyes upon the Zinger burger at Madame Tussauds in Delhi from 21st August. So hurry, before the Zinger heads out on a new adventure!

From its founding in 1930 by Colonel Harland Sanders, KFC has approached its business with an entrepreneurial and innovative spirit. Created in 1984 by chicken experts, with more than 70 years of experience, it’s nothing ordinary! Colonel’s Zinger comes with a 100% chicken fillet packed in a plump bun with lettuce & mayo.

The Zinger Burger is the only ‘Food Astronaut’ to travel to space, or specifically to the edge of space. After climbing 60,000 feet to eventually surf the stratosphere, the Zinger burger rushed back to Earth at 2000 feet per minute. Now that’s truly out of this world!

Much has changed in the last two decades – but not the Zinger Burger. A much-loved item on the KFC menu since 1998, its still love at first bite after all these years. #ConstantGoals #ForeverLove

Fans across 120 countries unanimously cheer for the perfect juicy, crispy and real Zinger Burger. Even cricket is played in fewer countries. Now that’s hit out of the park!

So how far would you go to profess your love for the Zinger Burger? An Aussie lad got the Zinger tattooed on his torso in Arabic. Lucky dude, he can have the Zinger and eat it too!

In 2018 alone, more than 10 million Zinger Burgers were sold in India. That’s like a Zinger each for every person in New Zealand and Singapore combined! 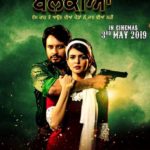