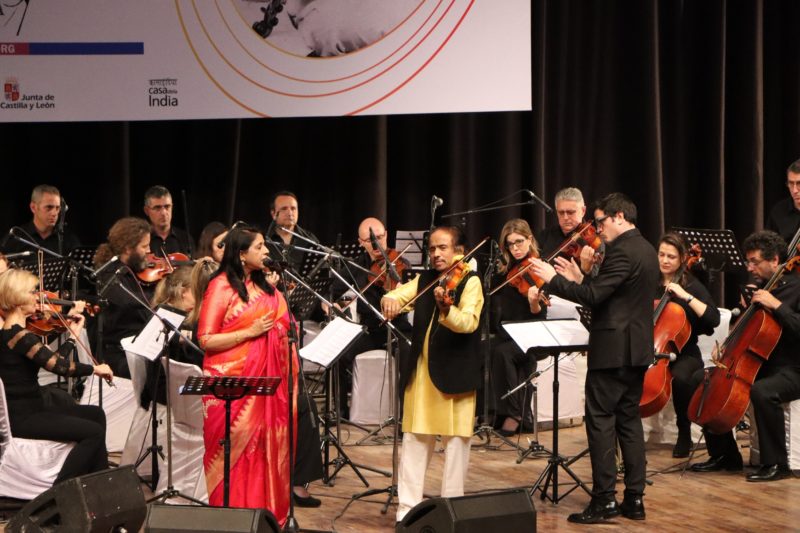 29th Year of Lakshminarayana Global Music Festival 2020 was launched with its first concert yesterday at Siri Fort Auditorium, New Delhi.  It will be followed by Hyderabad on 6th January, Pune on 8th January, Bangalore on 15th January with Flamenco Dance performance and the festival will culminate on 16th January in Chennai with an Indian Classical Concert.

LGMF was started in 1992 by Viji and Dr. L. Subramaniam in the memory of his father, mentor and guru Prof.V. Lakshminarayana. This year’s LGMF is a musical tribute to Mahatma Gandhi to celebrate his 150th birth year and it was a great success. LGMF  helps to preserve and nurture Indian classical music for posterity. LGMF through global collaborations have taken special initiatives to inspire future generations of musicians to gain knowledge of different genre of music.

The Lakshminarayana Global Music Festival is an opportunity for the future generations to learn from maestros from around the world.

Lakshminarayana Global Centre of Excellence (LGCE), was started by Dr. L. Subramaniam and Kavita Krishnamurti to bridge the gap between Gurukul and University education system, giving global exposure to undergraduate and graduate students with special focus on practical aspect of their music speciality, LGCE will give importance to performance training as much as theoretical education.

Schott Music – the leading publisher for classical and contemporary music, has published many of the orchestral composition written for the festival by Dr. L Subramaniam.

Subramaniam Academy of Performing Arts (SaPa), founded by Dr. L. Subramaniam and Kavita Krishnamurti Subramaniam in 2007. It was their dream to create a home for global music in India.

SaPa is headed by Bindu and Ambi Subramaniam and is imparting music education to more than 30,000 children in various schools of the country. Since it’s inception, SaPa has been focused on nurturing the next generation of performers and creating global musical exchanges and dialogues.

Prof.V. Lakshminarayana believed that a person who wasn’t involved in some form of culture was never truly complete.

Following eminent guests were present at the concert:

Dr L. Subramaniam, Kavita Krishnamurti and Symphony Orchestra of Castile and Leon from Spain performed the following in concert:

Spring Rhapsody is a composition based on different South Indian classical ragas and changing rhythmic cycles, derived from South Indian tala systems. The harmony, which is used, is derived from the ragas, which enhances the Indian flavour and mood. This composition was commissioned by New England Conservatory and is dedicated to J. S. Bach. It is written for Woodwinds (Flute, Oboe and Clarinet) and strings. It,s in three movements- Rubato, Rubato espressivo and Allegro.

Movement one Rubato starts with Flute solo section, sounding like improvisation going into the rhythmic section and there are trade-offs between different Orchestral instruments ending with a rhythmic motif repeated three times. The second movement Rubato expressive starts in time signature 5/ 4 changing to 4/ 4, 3/ 4 etc. bringing in a serene mood. Third movement Allegro starts with changing time signatures and goes into a trade-off section between the woodwinds and the motif gets shorter leading to the recapitulation of the main theme. This piece is also classical contemporary composition based on Indian and western classical music using raga based harmony and complex rhythmic structure. Published by Schott Music International.

Vaishnava Jana To, a bhajan was sung by Kavita ji. The poet Narsinh Mehta in the Gujarati language wrote this bhajan in the 15th century. This song became popular during the lifetime of Mahatma Gandhi and was rendered as bhajan in his Sabarmati Ashram by vocalists and instrumentalists like Gotuvadyam Narayana Iyengar. The poem speaks about the life, ideals and mentality of a Vaishnava Jana (a follower of Vishnu). It was popular among freedom fighters throughout India.

Composed by Kavita Krishnamurti and arranged by Dr. L. Subramaniam

Nada Priya is a composition composed by Dr L. Subramaniam for Violin solo, Indian Percussion, Woodwinds and Strings. The composition is based on raga Harmony and the first moment starts with time signature 7,8 alternating 3,4 changing to 6,8 and 12,8 making it rhythmically interesting. First moment was based on Kanakangi, first of the 72 parent scales in South Indian classical music. Second moment started with viola section playing the theme based on 14th parent scale Vakulabharanam, and it created the impression of improvisation. This was further developed by the violin soloist and in the end the entire orchestra joined in the mainstream. Here once again there were different time signatures incorporated in the section.

The third moment was based on derived scale raga Shuddha Saveri of South Indian Classical music (Carnatic music) with quick change in time signatures. The cadenza which is improvised by the violin soloist followings which there’s a trade-off section between orchestra and violin soloists staring 3 notes per beat increasing in steps to 4,5,6,7 notes per beat. The performance ended with a rhythmic cadence. Published by Schott Music International. 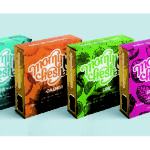