Now days PUBG is on the rocks!! Before telling you about the hypnotization of PUBG  let us know about those people who still unaware of this trend. PUBG is a game which was develop in 2016 and streamed on 23, march 2017. This game was launched to entertain just like other games but slowly and steadily this entertainment source human minds . the effect is such that an individual who plays this game can spend their whole day and night without eating or sleeping

now let us tell you about some other disadvantage as well

PUBG can lead towards extreme violence excessive violence can trigger aggressive emotion, thoughts and behavior in the player and this will ultimately make him a less human. 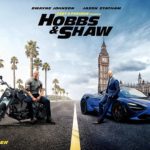